Not All Financial Assistance from Drug Companies Is Considered an Illegal Kickback, Says the OIG

March 2nd, 2021
The devil is always in the details.  At the end of last year, the OIG issued an opinion (OIG Advisory Opinion No. 20-09) in response to a drug company’s request about its program of providing money for patients’ travel, lodging, and other expenses.  The OIG ultimately found that the company’s specific program was not illegal under existing law.

At first blush, you might think it is crazy that a drug company could get away with paying all of those expenses to patients simply so the patients could take their specific drug.  However, after looking at all of the facts related to the drug company’s program, the legality of the practice makes sense. 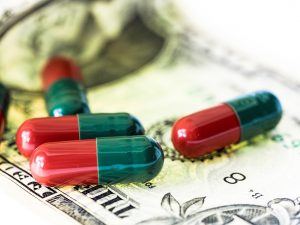 In this article, we will discuss the drug company’s request to the OIG, and we will delve into the reasons leading to the OIG’s conclusion that the financial assistance to patients is not an illegal kickback under the circumstances.

The Facts of the Case

The drug manufacturer requesting the OIG’s opinion makes a drug therapy for the treatment of a very specific type of disease (note:  the OIG’s opinion redacts the specific names of the company and drug to protect trade secrets).  The drug is not just a pill.  Rather, it is a personalized medicine that is made from the patient’s own cells.  The drug is a potentially curative treatment that is administered as a one-time infusion.

Administration of the drug involves multiple steps.  First, patients undergo a process called “leukapheresis” in which certain cells are removed from the patient’s body.  Second, those cells are sent to the drug company’s facility so they can be infused with the DNA of a particular protein.  Third, the cells are then sent back to the treating facility where they can be infused into the patient’s bloodstream.

The drug treatment requires that the patient make two visits to a leukapheresis facility.  The first visit is so the patient’s cells can be extracted, and the second is so the patient can undergo chemotherapy, infusion of the drug, and post-infusion monitoring.

Further, in compliance with medical care rules (called Risk Evaluation and Mitigation Strategy), the patient must stay within two hours of the leukapheresis facility for at least four weeks after the drug infusion.

The “Arrangement” Made Between the Drug Company and Patient

Because administration of the drug is so specific and requires the patient to remain within two hours of the leukapheresis facility, the drug company has an “arrangement” with patients.  That arrangement consists of providing eligible patients, and one caregiver, with travel, hotel lodging, and certain out-of-pocket expenses for the duration of the leukapheresis process, the chemotherapy, the drug infusion, and the post-infusing monitoring.

Trying to get ahead of any appearance of impropriety, the drug company appropriately asked the OIG for an opinion about the arrangement to ensure that it did not run afoul of any federal anti-kickback statutes or other statutory sanctions.

After discussing the facts presented by the drug company, the OIG was careful to begin by limiting the reach of its opinion to the specific facts presented in this case. While the OIG noted that there was a potential for an arrangement like the one presented by the requesting drug company to be a violation of the federal anti-kickback statute, and possibly other civil statutes. The OIG noted seven main reasons why the arrangement with patients would not lead to sanctions against the company:

Overall, the notion that a drug company will pay for a patient’s hotel and out-of-pocket expenses initially sounds Pharmaceutical Fraud. Yet, the devil is in the details.  Once it is clear that the drug is a personalized, one-time-only drug; and that the financial assistance is geared towards leveling the playing field for poor and wealthy patients alike, then the financial assistance begins to make more sense.

It is important to remember, however, that the OIG’s advisory opinion is strictly limited to its facts.  Other payments to patients for use of a particular drug could very well run afoul of federal anti-kickback laws.  At Nolan Auerbach & White, LLP, we’ll make sure to keep a watchful eye on such cases.

If you have further questions on this or any healthcare subject, please contact the Whistleblower Firm – Nolan Auerbach & White, LLP.  We have the experience and resources to protect Healthcare Fraud whistleblowers.