February 26th, 2021
OIG released a report in July 2020 that uncovered improper billing by hospitals related to the use of “severe malnutrition” diagnosis codes.  The result of this improper billing may have cost the Medicare system $1 billion in unnecessary payments. 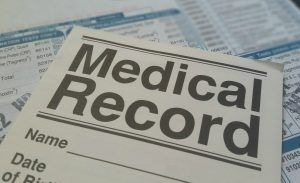 There are several types of severe malnutrition codes available when diagnosing Medicare patients.  Two types in particular are “nutritional marasmus” and “unspecified severe protein-calorie malnutrition,” each a major complication or comorbidity, resulting in a much higher Medicare payment.

The Most Recent OIG Audit on Malnutrition Codes

Given OIG’s previous audits on the issue has suggested a significant DRG Upcoding problem. OIG in 2020 set out to see if hospitals were properly coding for malnutrition, or were still improperly using the severe malnutrition codes.

To conduct the audit, OIG selected a random sampling of 200 claims, made during the years 2016 and 2017, that contained a severe malnutrition diagnosis code.  The 200 claims represented approximately $3 million in Medicare payments.

Perhaps not surprisingly, the majority of claims that indicated that the Medicare patient suffered from severe malnutrition were inaccurate.  In particular, 173 of the 200 claims – about 87 percent – did not correctly bill Medicare.  In only nine of the inaccurate claims would the Medicare payment have been the same if the proper diagnosis code been used.  However, with the remaining 164 inaccurate claims, the hospital doing the coding should have either used codes for other forms of malnutrition, or not used a malnutrition code at all.

Once OIG discovered the significant inaccuracies in the use of severe malnutrition codes in the random sample, it extrapolated that information over all claims for the years 2016 and 2017.  In doing so, OIG concluded that hospitals received overpayments in the amount of approximately $1 billion.  That is a concerning waste of Medicare resources to say the least.

OIG Suggests How to Claw Back the Overpayments, and Fix the Issue for the Future

As a result of its audit findings, OIG had a series of recommendations to claw back the known overpayments based on the claims reviewed in the audit, and to have CMS do what is necessary to reclaim overpayments for claims that were not part of OIG’s random sample.

CMS Gets on Board with OIG’s Suggestions

CMS responded to OIG’s recommendations by noting that the $1 billion overpayment estimate only represents one-half of one percent of the overall Medicare payments made for inpatient hospital services during the years 2016 and 2017.  That said, CMS concurred with all of OIG recommendations and indicated that it will continue to educate health care providers on proper billing procedures.

We often hear about healthcare practitioners putting in the wrong code in order to obtain insurance benefits that may not be appropriate and stand to enrich the practitioner filling out the claim.  OIG’s recent report on hospitals’ use of severe malnutrition codes appears to be entirely consistent with that type of fraud.  Let us hope that CMS will be able to pull back many of those overpayments.

If you have further questions on this or any Medicare subject, please contact the Whistleblower Firm – Nolan Auerbach & White, LLP.  We have the experience and resources to protect healthcare fraud whistleblowers.  Contact us online, or by calling 800-372-8304 today.