April 2nd, 2021
In our previous blog post, we began the discussion of the recent Whistleblower Protection case of United States v. Novartis, where the employee (“Relator”) became concerned that his employer was engaged in a possible illegal kickback scheme with another company, Express Scripts, Inc. (ESI).

The concern, based on the relator’s observations, was that Novartis agreed to discount the price of a certain drug, so that ESI would be sure to keep the drug on its list of medications reimbursed by both Medicare Part D and commercial insurance companies.  In short, there was an appearance that Novartis was giving ESI a discount so that it could continue to have its drug reimbursed by both, which would inure to the disadvantage of Medicare. 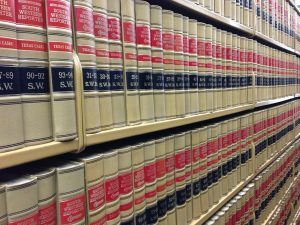 The relator expressed his concerns to his supervisor at Novartis.  His supervisor, however, disagreed with relator’s concerns.  Not long thereafter, the relator was terminated from his job.  Up to that point, the relator had received only glowing performance reviews at his job.

The relator then filed a qui tam lawsuit in federal court against Novartis and ESI.  Both defendants filed a motion to dismiss the relator’s lawsuit.  The court granted defendants’ motion, but the relator was able to amend his lawsuit, focusing his lawsuit on the claim that he was fired from Novartis in retaliation for voicing his concerns about the Novartis-ESI deal.  Defendants filed another motion to dismiss.

Given that the case is only at the motion to dismiss stage, the court is required to view the facts alleged by the relator as true for purposes of the motion.  The main issue at play in the deciding the motion is whether the relator’s meeting with his supervisor is sufficient to trigger protection from retaliation under the False Claims Act.

With regard to this element, the court must look at whether the relator’s internal report of False Claims Act (FCA) violations was “protected conduct.”  The court, thus, looked at the meeting between the relator and his supervisor, in which the relator:

The court found that the totality of these statements constituted an “employee’s internal report of FCA violations,” and therefore, was protected conduct.

Discrimination Due to Protected Conduct

Accordingly, the court held that the relator’s lawsuit could go forward.  The facts alleged in the relator’s complaint were sufficient to set forth a claim for retaliation under the FCA.  Therefore, it denied the defendants’ motion to dismiss.  What that means is that the relator will now be allowed to gather more information through the discovery process in the lawsuit, and ultimately bring his case before a jury.

There is a solid foundation to the court’s decision.  An employee with an outstanding track record of performance expressed his concern to his employer that the employer’s conduct was a kickback. A short time later, the employee was fired.  Those fact do appear to demonstrate possible retaliation.

If you have any further questions about this or any other inquiries about retaliatory discharge or Whistleblower Protection – in connection with Healthcare Fraud, please contact the Whistleblower Firm – Nolan Auerbach & White, LLP. We have the resources and dedication to protect healthcare fraud whistleblowers.   Contact us online or by calling 800-372-8304 today.