February 23rd, 2021
Government oversight can sometimes be a frustrating business.  That maxim is particularly true when it comes to persuading the Centers for Medicare & Medicaid Services (CMS) to close a drug payment rule loophole that is costing the Medical system hundreds of millions of dollars.  In a July 2020 report, the Office of the Inspector General (OIG) asked CMS – for a second time – to address the loophole, yet CMS remains unmoved. 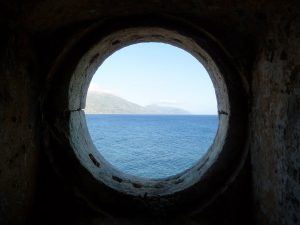 What is the expensive drug payment loophole, and why has CMS refused to close the loophole?

What is the Drug Payment Rule Loophole?

Generally speaking, Medicare coverage for outpatient prescription drugs is provided as a Medicare Part D benefit.  That said, there are a limited number of drugs – typically those that are injected or administered in a doctor’s office or hospital outpatient setting – that are covered under Medicare Part B.  Therefore, self-administered drugs (i.e., drugs that a patient would normally take on his or her own, like daily medications for blood pressure or diabetes) are normally not covered by Medicare Part B.

Why is the Loophole a Problem?

The loophole created by CMS is also problematic because OIG found that the drugs Orencia and Cimzia are almost never physician-administered, making CMS’s choice to blend the cost of the two versions of the drugs even less logical.

The Loophole Not Only Costs Medicare More, but Patients Pay More Too

Given that Medicare beneficiaries must pay a 20-percent coinsurance under Part B, a typical beneficiary who takes Orencia (used to treat arthritis) needs to pay an additional out-of-pocket expense for the drug of almost $3,000 per year.  Similarly, a typical beneficiary who takes Cimzia (used to treat arthritis, plaque psoriasis, and Crohn’s disease) has an additional out-of-pocket expense of $1,100 per year.

The July 2020 report on this drug payment loophole is the second report of its kind.  Back in November 2017, OIG first uncovered this loophole involving the drug Orencia and Cimzia and covered the matter in a report.  In its report at that time, OIG recommended that CMS seek new legislation that would give the agency some regulatory flexibility on when to include certain drugs under Part B.  CMS, however, did not concur with OIG’s initial recommendation, expressing somewhat vague concerns with regard to patient access to medication.

Now, in its second report, OIG added more detail and reiterated its findings.  And, as noted above, OIG observed that the cost of the loophole continues to increase from $366 million a few years ago, to almost a half a billion dollars in 2017 and 2018.

Accordingly, OIG reiterated its recommendation that CMS seek a legislative change to close the loophole.  Specifically, OIG recommended that the legislation require that non-covered, self-administered versions of drugs be excluded from the calculation of Medicare Part B payment amounts.

CMS continues to disagree with OIG’s recommendation.  However, CMS’s reason for doing so is still not terribly clear.  CMS states that it “remains concerned that there are a number of complexities associated with identifying” self-administered versions of certain drugs.  CMS notes that the FDA does not provide different codes for doctor-administered vs. self-administered drugs, and the manufacturer’s label often fails to make the distinction as well.  Thus, says CMS, the analysis to make the distinction would take too much time and expend too many resources. CMS concludes by saying that the two drugs OIG has uncovered “represent less than one percent of the total spending for Part B drugs during this time.”  CMS’ argument fails to address the basic principle that saving a half a billion dollars in the Medicare system is still a worthwhile goal. There are ways in which CMS and providers could identify and distinctly code physician-administered vs. self-administered identical drugs and doses, and the benefit to the taxpayers would far outweigh any additional costs.  While not Pharmaceutical Fraud, the loophole result is the same – costing taxpayers unnecessarily.

If you have further questions on this or any Medicare subject, please contact the Whistleblower Firm – Nolan Auerbach & White, LLP.  We have the experience and resources to protect healthcare fraud whistleblowers.  Contact us online, or by calling 800-372-8304 today.