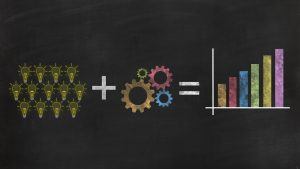 In a United States Government Accountability Office’s (GAO’s) March 2019 report, the GAO noted that the number of reported improper payments due to insufficient documentation was much higher for the Medicare fee-for-service compared to the Medicaid fee-for-service program, over the period of about a decade.

The GAO endeavored to find out why there was such a discrepancy between the two programs, given the fact that Medicare and Medicaid pay for similar services.  What the GAO ultimately found was that the documentation requirements for the Medicare program were more robust than the requirements for the Medicaid program.  In addition, Medicare is a program that employs nationwide standards for documentation, while the Medicaid program has many standards that vary state to state.  This distinction has implications for both Medicare Fraud and Medicaid Fraud whistleblower cases.

Accordingly, the GAO came to the conclusion that the Centers for Medicare & Medicaid Services (CMS) lacks sufficient state-specific information that it needs to root out and fix the causes of improper payments that put the Medicaid program funds at risk of waste and abuse.  Just as an example, the GAO noted that in one year CMS identified fewer than 10 improper payments in more than half of all states in the U.S.  It is highly unlikely that 25 states were that accurate with all of their Medicaid payments over the course of a year.

In this blog post, we discuss several of the recommendations the GAO made to CMS in order to address the issue of a failure to identify improper Medicaid payments due to insufficient documentation.

The first recommendation for CMS to get the information needed to identify the underlying causes of improper payments is for CMS to institute a process to “routinely assess, and takes steps to ensure, as appropriate, that Medicare and Medicaid documentation requirements are necessary and effective” to show compliance with coverage policies and addressing program risks.  Thus, the GAO is asking that CMS employ a process that will be periodically repeated to make sure that documentation requirements are followed and are effective in finding program risks.

In response, CMS concurred with the GAO’s first recommendation, and it noted that Medicaid (unlike the fully federal Medicare program) is a federal-state partnership, whereby the states generally establish the necessary documentation requirements.  Thus, CMS committed to working with states to identify best practices for documentation requirements.

The GAO’s second recommendation is for CMS to take steps to make sure that “Medicaid medical reviews provide robust information about and result in corrective actions the effectively address the underlying causes of improper payments.”  The GAO suggested that CMS can adjust their sampling to address state-specific program risks and working with state agencies to get additional information from state Medicaid programs.

Interestingly, CMS did not concur with this recommendation – even though this recommendation goes to the heart of the low reporting of Medicaid improper payments.  CMS cited as its reason for disagreement that it already developed a “Payment Error Rate Measurement” (PERM) system.  Thus, CMS argued that asking for additional information from states, or asking for state information from various state sources, could negatively impact the accuracy of its PERM system.  (CMS does not, however, address the fact that perhaps its PERM system is faulty given what the GAO found from its 12-year study.)

Minimize PERM Reviews for Providers Under Investigation for Fraud

The GAO’s third recommendation is for CMS to minimize utilizing PERM medical reviews for providers that are already under investigation for Medicaid fraud.  The GAO adds that such reviews may compromise those investigations.

CMS concurred with this recommendation.  It noted that it updated its PERM guidance in January 2018 to make sure states determine whether providers in a PERM sample are under fraud investigation.  If it is found that a provider is under investigation, then the provider will be removed from the sample.

The GAO noted that there may be disincentives for state officials to report to a PERM contractor that a particular provider is under investigation for Medicaid fraud.  Thus, the GAO recommends that CMS educate state officials on the benefits of reporting providers under fraud investigation.  CMS concurred with the recommendation.

Overall, it appears that CMS could do a better job of making sure states are on board with CMS’s efforts to find out whether improper payments are being made due to insufficient documentation in the Medicaid program.  What appears clear is that the federal-state aspect of the Medicaid program, unlike Medicare, is the reason why the documentation standards vary. Hopefully, the GAO’s report will help fix the issue.  CMS’ oversight of the State Medicaid programs, in our opinion, should move toward uniformity of required documentation from providers.

If you have further questions on this or any Healthcare Fraud subject, please contact the Whistleblower Firm – Nolan Auerbach & White, LLP.  We have the experience and resources to protect healthcare fraud whistleblowers.  Contact us online, or by calling 800-372-8304 today.