What Does Retaliation Under the False Claims Act Look Like?

The recent United States v. Novartis case, provides a good example of how Whistleblower Retaliation against an employee might play out in the workplace. 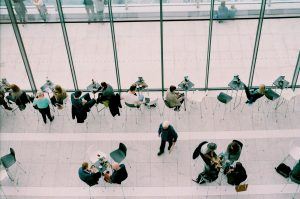 In United States v. Novartis, the relator filed a qui tam action against his employer and another company in the United States District Court for the District of New Jersey. The relator alleged that he had been fired from his job because of expressing his concerns to his supervisor about their employer’s potential participation in a kickback scheme.

Initially, the district court granted the employer’s motion to dismiss the relator’s complaint for failure to state a claim. The court found that the complaint did not alleged sufficient facts to support the relator’s FCA charges.  The court, however, dismissed the relator’s lawsuit without prejudice, thereby allowing the relator to refile an amended complaint.

The relator’s first amended complaint, which focused only on one count of violating the FCA because the relator was terminated in retaliation for objecting to the employer’s alleged kickback scheme.  This time, the court allowed the relator’s claim to go forward.

Two elements must be met to establish a claim for retaliation under the Act:

Protected conduct includes (a) action done in furtherance of an action under the False Claims Act or (b) an internal report of FCA violations.

Facts as Alleged by the Relator

It is important to note that this case was decided on a motion to dismiss by the employer.  That means that the court must take all the facts alleged in the complaint as if they are true at this stage of the litigation.  So, at this point, it is not clear whether or not the relator’s claims are actually true, because they have not yet gone before a jury.  Novartis and the co-defendant, Express Scripts, Inc., have yet to present their side of the facts.

ESI is a pharmacy benefit manager that sponsors commercial, Medicare Part D (Part D), and Medicaid health plans. A pharmacy benefit manager is a company that manages prescription drug benefits on behalf of Part D drug plans, commercial health insurers, and others. It develops lists of prescription drugs that an insured’s healthcare plan covers. Being on this list, called a formulary, means a company’s drug is available for prescription and sale to the members of a health insurance plan.

In January 2013, Novartis agreed to discount the price of Gilenya if ESI would place it on their Part D formulary. No discount was offered for the drug being placed on ESI’s commercial plans. In October 2013, ESI received a better price for a similar drug from a competitor of Novartis. ESI threatened to pull Gilenya from both the Part D and commercial formularies.

In response, Novartis agreed to provide ESI a discount on Gilenya for its commercial formulary but not its Part D list. In exchange, ESI continued to include Gilenya on both its formularies.

The relator believed that this arrangement was a kickback to the commercial plan and that it came at the expense of the Part D plan. Concerned, the relator arranged a meeting with his supervisor,  a vice president at Novartis.

During their meeting, the relator expressed his apprehensions about the arrangement with ESI. He relayed to his supervisor that he felt the disparity between the price charged for Gilenya on the commercial formulary versus the price on the Part D formulary was a “swap,” or violation of the anti-kickback statute. The relator told his supervisor that he was concerned that the arrangement would lead to government prosecution and that he did not want to go to jail. His supervisor did not share the relator’s concerns and summarily dismissed him from his office.

Shortly after that meeting, the relator was fired from Novartis.  It is important to note that the relator received outstanding performance reviews in the days preceding his dismissal from the company.  Ultimately, he filed this qui tam action in federal court.

Retaliation for whistleblowing is unfortunately a common occurrence in the workplace.  While the facts are still just allegations at this point, it is important to understand how whistleblowers do have protections for ensuring that companies making claims to the federal government are not engaging in kickback schemes.

In the next blog post, we will return to the Novartis case and discuss how the district court subsequently ruled on the matter.