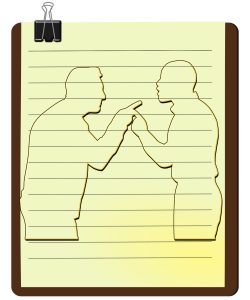 In this blog post, we review one of the issues in Montcrieff: the appropriate legal standard used to determine when an expert witness’s proposed testimony is rebuttal testimony, as opposed to testimony important to the offering party’s case-in-chief.

Recall that in Montcrieff the Relators initiated a qui tam lawsuit against Peripheral Vascular Associates (“PVA”) under the False Claims Act for improperly billing the Medicare program.  Specifically, Relators allege that PVA billed Medicare for services before those services were complete, and that PVA billed Medicare for services that were never ordered by a doctor.  In order to prove or disprove improper billing practices, both sides came forward with statistical and Medicare billing experts.

Background on the Timing of Expert Filings

The court was thereby faced with the issue of whether Ms. Scott’s expert report was, in fact, a rebuttal report.

The YETI Coolers case provides a three-factor test to determine whether the expert report is a rebuttal report.  Those three factors are:

Court Analysis of Each of the Three YETI Coolers Factors

The court was quick to find that certain parts of Ms. Scott’s expert report did, in fact, constitute rebuttal evidence.

Finally, with regard to the third factor, the court found that Ms. Scott’s report specifically refutes Dr. Nye’s opinions.  Ms. Scott provides a detailed analysis of why, in her opinion, Dr. Nye’s expert analysis is unreliable.  According to the court, the relevant portions of Ms. Scott’s report at issue “cannot reasonably be offered to do anything but contradict or rebut Dr. Nye’s testimony.”

Accordingly, the court held that the portions of Ms. Scott’s expert report at issue were clearly rebuttal evidence and, therefore, should have been served within 15 days of the filing of Dr. Nye’s report.