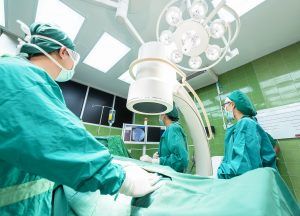 The U.S. v. Kindred Healthcare is a fascinating case because it presents allegations that Medicare and Medicaid fraud took the form of nursing facilities purposefully accepting highly needy residents, but also purposefully understaffing those facilities such that the proper level of care could not be provided.  Thus, the lawsuit alleges that the nursing facilities committed Medicare and Medicaid fraud, under the False Claims Act (FCA), because it was impossible for the facilities to provide the level of care required for those needy residents.

What is further interesting about the U.S. v. Kindred Healthcare case is the number of technical arguments presented by Kindred, the defendant group of nursing facilities.  They range from issues of implied and express false certifications of compliance, and falsity of factual claims.

One recent, fascinating qui tam lawsuit in federal court in Pennsylvania is United States v. Kindred Healthcare, Inc.  In that case, a nursing facility employee claims that there exists a nationwide false claims scheme, involving a group of nursing facilities throughout the country.

Accordingly, in this article we will get into the details of U.S. v. Kindred Healthcare and explain how the nursing facilities allegedly engaged in widespread Medicare and Medicaid fraud.  Then, in Part II of this series, we will discuss how the court ruled on the case.

If true, the facts in U.S. v. Kindred Healthcare are rather disturbing.  The relator in the case (the private employee who initiated the qui tam suit on behalf of the taxpayers of the United States) alleged that the defendant nursing facilities, the group of Kindred Healthcare facilities, exerted “top down” pressure to ensure that they recruited residents who were extremely dependent upon staff for the most basic of needs (so-called “residents with high acuity levels”), while at the same time understaffing the facilities.  The goal was to maximize the number of Medicare and Medicaid reimbursements, while paying the least amount of money to run the facilities.

The relator further alleged that the facilities did not only try to maximize profits from Medicare and Medicaid claims, but also engaged in a “nationwide false claim scheme.”  Specifically, the relator alleged that the Kindred nursing facilities imposed a strict staffing policy, effectively keeping the facilities understaffed.  That intentional understaffing meant that it was impossible for Kindred to deliver the services that it claimed were provided to those high acuity residents.

In fact, the relator alleged as follows:

Kindred knew it was humanly impossible for the limited workforce in its facilities to provide: (a) the essential bedside care required by the high acuity residents it purposely recruited; and (b) essential bedside care and staff support it claimed to have actually provided in Section G of each resident’s MDS (Minimum Data Set).

Relator thus alleged that the defendants presented or caused the submission of “false MDS forms” — while falsely certifying their accuracy — that “directly influenced the amount of . . . Medicare and most Medicaid payments.”

In sum, the Kindred facilities were alleged to not only try to maximize claims, but simply falsified them as well.

Posture of the Case

It is very important to note the legal posture of the U.S. v. Kindred case.  At this stage of the litigation, the relator merely made allegations about a fraudulent scheme.  Those allegations have not yet been proven.

Rather, this case is at the “motion to dismiss” stage, in which the Kindred facilities filed a motion asking the court to dismiss the case because the relator has not pleaded sufficient facts to even move the case forward.  Thus, the court – in the published case we are discussing – needs to decide whether the case should even move forward based on the allegations in the relator’s complaint.

Arguments Presented by Kindred to Dismiss the Case

The Kindred facilities, defendants in the case, made three arguments to persuade the court to dismiss the relator’s lawsuit.  They are as follows:

The Kindred company (the parent company of all of the Kindred facilities) asserts that it cannot be liable for any allegedly false Medicare or Medicaid claims made by its subsidiary nursing facilities.  The court, however, disagreed with that argument, finding that the parent company’s strict staffing policies (ensuring that the facilities remained understaffed) was the cause of the false claims made by the subsidiary nursing facilities.  Thus, the relator established the causation element.

Liability of the Kindred Parent Company

Kindred asserted that the relator should have sued its individual facilities for any alleged false claims, rather than sue the Kindred parent company.  The court, however, pushed back on that argument, finding that the relator properly presented facts to show that the Kindred parent company – by controlling the staffing levels at their nursing facilities – had direct participation in the alleged false claims scheme, and could be liable as an “alter ego” of the various subsidiary nursing facilities.

All of the discussion above amounts to this – the court will allow the relator’s False Claims Act claims against Kindred to move forward.  Yet, some parts of the relator’s claim, most significantly, the relator’s need to clarify the falsity of Kindred’s claims to the government must be further supported in an amended complaint, before the case can truly move forward towards trial.

If Kindred truly did recruit highly dependent residents and then purposely understaff its facilities, that kind of fraud scheme should move forward to a jury.  Only time will tell how far this case against Kindred will go.

A Nolan Auerbach & White, LLP, we’re always on the lookout for new cases that impact healthcare. If you have any questions about these good guidance practices or any other healthcare subject, please contact us online or at (800) 372-8304.