The False Claims Act and the Importance of “Materiality”

The False Claims Act imposes liability on a person who knowingly makes a false record or statement that is material to a false or fraudulent claim in certain situations.  The key word here is “material,” which the False Claims Act defines as “having a natural tendency to influence, or be capable of influencing, the payment or receipt of money or property.”  In other words, a false statement is material if it induces the government to pay money based on the falsehood.

In the context of Healthcare Fraud, the False Claims Act is often applied to the case where a Healthcare Provider Organization makes a false claim containing misrepresentations of fact to obtain a Medicare healthcare reimbursement to which they are not entitled. 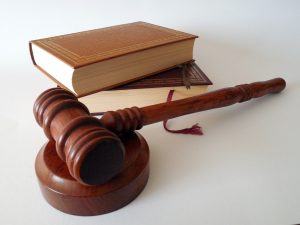 “Materiality” in Relation to Government Payments and Benefits

As noted, not every false statement is actionable under the False Claims Act.  A misrepresentation is actionable only if it is material to the government’s payment decision.

The U.S. Supreme Court clarified the materiality requirement in its 2016 opinion of United Health Services, Inc. v. United States ex rel. Escobar.  In that case, the Court noted that the materiality standard under the False Claims Act is “demanding,” meaning that it is high bar to meet.  Said the Escobar Court, a misrepresentation is not material solely because the government has a choice to refuse to pay if it knew of the defendant’s misrepresentation.  Rather, materiality requires an analysis of three main factors:

The materiality determination hinges to a great degree on the conduct or attitude of the government.  If CMS or its contractors are consistently excluding reimbursement when the requesting party fails to follow certain rules, then that is a strong indication that it cares about those particular rules and any misstatement in connection with them is material.

On the other hand, if CMS or its contractors regularly and knowingly pay claims knowing that the requesting party has not followed coverage or program requirements, then any misstatement or noncompliance with those other rules is not material.  And finally, any noncompliance or misstatement that is minor – the proverbial mistake or little white lie – is not material.

Given the Supreme Court’s discussion in Escobar, multiple cases have followed Escobar, delineating their own parameters of what courts normally consider material under the False Claims Act.

The case of United States v. Strock, 982 F.3d. 51 (2020), involved a deception perpetrated against the government in an effort to gain government benefits, and it sheds light on the materiality standard under the False Claims Act. Although the Strock case is in the context of a government award of a contract, its decision on the materiality standard applies equally to Medicare payments, as both fall within the False Claims Act.

But first, a note. Strock was an appeal on the dismissal of a complaint. Therefore, all the “facts” described below are those that have been alleged by the government in its complaint, and for the purposes of the appeal, are taken as true. The actual truth of the allegations will need to be determined at a trial in federal district court.

In Strock, the government, under a program for service-disabled veteran-owned small businesses (SDVOSBs), awarded contracts to a company claiming to be an SDVOSB. As it turns out, the company allegedly lied about its SDVOSB status and attempted to support this fraud through the formation of a front company.

The issue presented in Strock was whether the company’s misrepresentation that it was an SDVOSB was “material” under the False Claims Act.

There are three factors that determine materiality in this case:

Facts as Alleged by the Government

Lee Strock owns Strock Contracting. Several years ago, he met Terry Anderson, a service-disabled veteran. They formed a new company called Veteran Enterprises Company, Inc. (VECO). Anderson was the president with a 51% share, and Strock was the vice-president with 30% ownership. VECO applied for and was recognized by Veteran Affairs as an SDVOSB. The company then applied for government contracts reserved for those businesses that were SDVOSBs. From 2008 to 2013, the government awarded VECO over $21 million in contracts that had been set aside for SDVOSBs.

VECO allegedly was a sham, as Terry’s Anderson’s ownership and control only existed on paper.  According to the allegations in the Complaint, he:

In other words, Strock controlled VECO, and Anderson’s only contribution was his injuries in the line of service – not in any business-related capacity.

The Second Circuit applied the facts to the law, and for the first materiality factor, whether the government expressly identified SDVOSB as a condition to awarding the contract, it found in strong favor of materiality. That is because the benefits, i.e., the government contracts, that flowed to VECO had everything to do with its claimed status as a SDVOSB.

With regard to the second factor, the Second Circuit was not impressed with the governments’ post-award reaction to non-compliance. The government never (i) refused to pay VECO, (ii) suspended its contracts, or (iii) removed it from consideration for future contracts. It merely alleged it might have done any of these actions if it had known of the scam. The court was not persuaded by what might have been done, only by what was actually done – which was nothing. The court found this to be “only weak support for a finding of materiality.”

The third factor was whether VECO’s non-compliance with the requirement to be an SDVOSB was minor or substantial. The Second Circuit acknowledged the government’s argument that being an SDVOSB is “at the very heart of the SDVOSB statutory and regulatory regime.” It found VECO’s sham company to be a substantial non-compliance. This, too, weighed heavily in favor of materiality.

Given its analysis above, the court had two factors weighing significantly in favor of materiality and one that weakly supported it. It therefore concluded that VECO’s claim that it was an SDVOSB was a material misrepresentation within the meaning of the False Claims Act.

The Second Circuit held that a company’s claim to be an SDVOSB – when, in fact, it is not – is a material misrepresentation under the False Claims Act. It’s a common sense result. The bottom line is that if a healthcare organization makes misrepresentations that go to the essence of its status when applying for Medicare reimbursement, that misrepresentation is likely to be material.

If you have further questions on this or any Healthcare Fraud subject, please contact the Whistleblower Firm – Nolan Auerbach & White, LLP.  We have the experience and resources to protect Healthcare Fraud whistleblowers.  Contact us online, or by calling 800-372-8304 today.