Joe Strom contacted us in 2005. We were very grateful that he did. We immediately formed an all-star legal team and a process to stop a very harmful pharmaceutical marketing strategy.  It was this process we set into motion that ultimately returned hundreds of millions of dollars to the U.S. Treasury, and a portion of that, very well-deserved, into Joe’s bank account

Joe told us a very troubling story about the off-label promotion of a pharmaceutical drug for patients who already suffered from chronic heart failure. The promoted use, intermittent outpatient infusions as a “tune-up” for the heart, was promoted by his employer, a multi-national pharmaceutical company with a household name. The off-label, unapproved use , was promoted with what we believed to be illegal financial incentives from the pharmaceutical company sale force, to support a comprehensive infusion business program, for physicians willing to buy into the science of the off-label use.

Joe had been a Regional Manager for Scios, Inc., a one-drug subsidiary of the formidable pharmaceutical company, Johnson and Johnson.  Joe was a leading figure in the sales force, but gradually came to realize that Scios was buying the business, (as opposed to physicians prescribing the drug for safety and efficacy reasons). After questioning the legalities of the Natrecor promotions to the highest appropriate level at Johnson and Johnson, it soon became apparent to Mr. Strom that his career opportunities were limited at Scios. He worked out a severance package with Scios, and officially left the company in late 2004.

About six months later, on April 24, 2005, Bloomberg Businessweek ran an article outlining some of Joe’s concerns. Believing that the article inadequately exposed the illegal practices, Joe and one of his work colleagues reached out to the Businessweek reporter and provided additional information about the Natrecor promotions.

We knew it was bad for patients when we first started talking with Joe. He was clearly an astute, articulate, managerial type with an extremely promising future and excellent communication skills. We were initially concerned about the extent to which promotion of the product as a tune-up for heart failure patients could potentially damage their organs, putting aside the loss in dollars to Medicare and Medicaid and other Government Healthcare Programs due to  the sizeable over-utilization of the drug.

The pharmaceutical drug was branded Natrecor. It had only been approved by the Food & Drug Administration (FDA) for a limited, specific use: namely, as a treatment of patients with acutely decompensated congestive heart failure who have dyspnea at rest or with minimal activity.

In the years after its launch, concerns about its safety emerged. In early 2005, two articles were published in prominent medical journals raising strong concerns about the renal and mortality effects of the drug. In June 2006, a prominent cardiology panel strongly recommended that the use of Natrecor be limited strictly to patients presenting to the hospital with acutely decompensated congestive heart failure who have dyspnea at rest. The panel found that, because of the insufficiency of the evidence, Natrecor should not be used for, inter alia, intermittent outpatient infusions or scheduled repetitive use.

We filed Joe’s case in July 2005.  You can find our initial Complaint here. It alleged that Johnson & Johnson and Scios broadly marketed the drug to physicians for off-label uses, including the treatment of chronic congestive heart failure patients with serial, scheduled outpatient infusions, and fueled the misleading marketing with kickbacks, and selling the spread which is the practice of educating physicians on the financial upside vs efficacy of the drug. . It outlined what we believed to be the schemes, backed up by hard documentary evidence that Joe had delivered to us and that our Team had reviewed and organized prior to filing the lawsuit. We also had, before filing the lawsuit, communicated with our contacts at the Department of Justice, on Joe’s behalf, previewing to them what was coming from us in the ensuing near future.

The case remained under seal in Federal Court for 7 years. We worked with attorneys from the United States Department of Justice, and Special Agents from the Federal Bureau of Investigation and the Department of Health and Human Services. The sales tactics identified by Joe and the government in legal filings, included: organizing third-party continuing medical education programs that were actually controlled, promoted and designed by Scios; distributing third-party articles touting the off-label benefits of Natrecor, while not disclosing that the articles were funded in part or in full by Scios; and educating physicians on Medicare reimbursement codes together with misleading tactics to get the off-label uses paid for by Medicare.  The legal filings further described that Defendants paid grant funds and provided other resources to health care providers to use in starting outpatient infusion clinics, provided health care professionals with their Heart Failure Clinic Marketing Resource Kit, which included, inter alia, form press releases for outpatient clinics to announce their activities, and a Clinical Resource Compendium which provided contact information for medical supplies, equipment, and reimbursement consultants.

Defendants raised several legal defenses in the ensuing litigation. They included: Natrecor’s label does not restrict the drug to any particular setting. Rather, the label provides that Natrecor can be administered in any setting where blood pressure can be monitored closely – such as, they argued the hospital and emergency room, but also doctor’s offices, stand-alone heart-failure clinics, and outpatient clinics owned or operated by hospitals. They also were building a defense on the notion that the claims submitted to Government Healthcare Programs were essentially truthful, that is, that there could be no violation of the false claims act, to wit, false claims, because the claims submitted were accurate in all respects: they truthfully reported both the patient’s condition and the treatment (Natrecor infusion) that the patients received.

The Government eventually intervened in Joe’s case.  This off-label case was unique in that was actually litigated; we had completed extensive fact discovery and were in the process of completing expert discovery when the parties settled in principle.

In 2013, both Defendants paid $184 million to resolve Joe’s initial allegations that they unlawfully promoted their cardiac drug Natrecor for unapproved uses. In addition, Scios agreed to pay an $85 million criminal fine and to plead guilty to a misdemeanor charge of introducing misbranded Natrecor into interstate commerce.  The settlement  was announced (available here) by the United States as part of a $2.2 billion global settlement between the government and Johnson & Johnson. In settling the case, J&J signed a five-year corporate integrity agreement with the inspector general of the Department of Health and Human Services. Even more,

When it came time for Joe to collect his portion of the $184 million dollar recovery, the Government initially raised a legal issue which purportedly would bar Mr. Strom from part or all of his rightful “Relator Share.”  The Government argued that it was appropriate to deprive Mr. Strom of part of his relator’s share because he did not have a hand in the pre-filing public disclosure.

For support, the Government tethered itself to a so-called “third prong” that the Ninth Circuit grafted to the original source exception in Wang v. FMC Corp., 975 F.2d 1412 (9th Cir. 1992). We ended up bringing on to our Team, attorney David Frederick, one of the leading United States Supreme Court Appellate jurists, and who, along with us, had a fine reputation with the top tier at the Department of Justice. In communications and meetings in D.C., we argued, ultimately successfully and without needing to litigate with our friends and colleagues at the Department of Justice, that Joe satisfied the two  and only “original source” requirements of § 3730(e)(4)(B), for he had direct and independent knowledge of the information on which his allegations were based, and he voluntarily provided that information to the Government before filing his action.

A lot of people and constituents owe Joe a lot of gratitude for what he did – us included. This is because, Joe, for nearly the span of 10 years:

The investigation and the case from the Government side, a truly formidable team, was achieved through the coordinated efforts of the U.S. Department of Justice, the FBI, the Office of Inspector General of the U.S. Department of Health and Human Services, as well as multiple state attorneys general Medicaid Fraud Control Units and other law enforcement entities. The federal government was led by an exceptional team of government attorneys, including Civil Division Chief Sara Winslow, DOJ Trial Attorneys Renée Orleans and Kimberly Friday, USAO and Assistant U.S. Attorney Thomas Green.

Since the case concluded, Mr. Strom has moved on in his personal life as well as his professional life.  He and his wife Melissa have adopted a girl from China who is thriving in their Utah culture.  Mr. Strom also started a technology company that he recently sold to a publicly traded company and is currently Vice-President of sales for Global Payments, Integrated.  Mr. Strom and his family love living in Utah and enjoy sports and visiting Lake Powell where they enjoy houseboating with their friends and family. 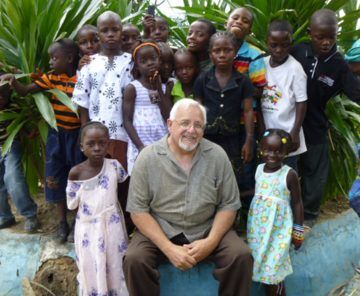 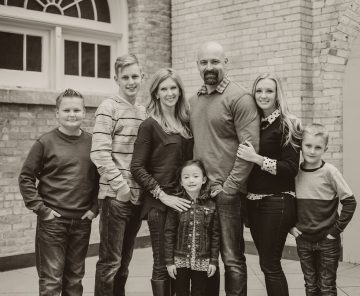 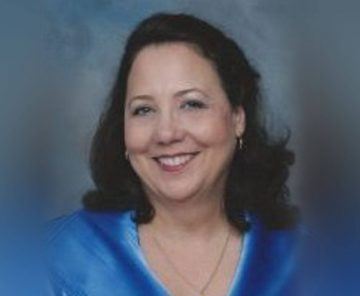